It's Not Just The Catholics! 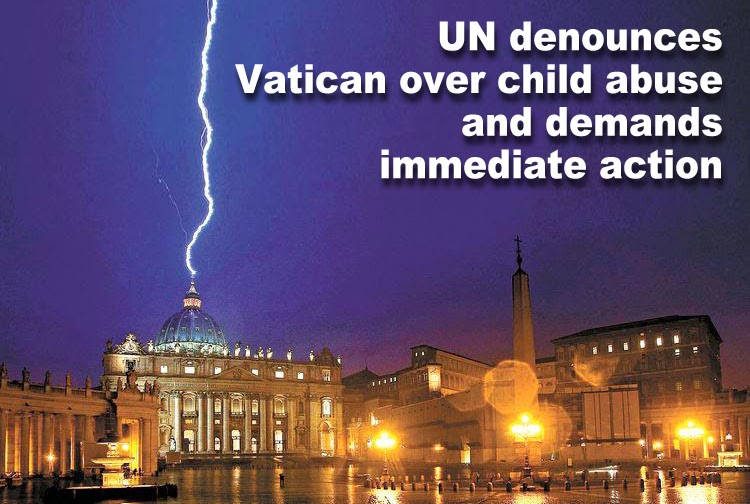 Today the UN severely criticised the Roman Catholic Church over it's appalling record on child sex abuse and it's failure to report and cooperate with civil authorities across the world.
They were ordered to immediately remove any priests know to have committed child abuse or those suspected of it.

They were also told to hand over all their secret files relating to abusive priests and how they have or have not been dealt with.
The report found that the Church had consistently put the reputation of itself and its clergy above the needs of the victims of abuse.

MACSAS work across all denominations has found that the same institutional dynamics exist in many religious organisations. This is particularly demonstrated by the Diocese of Chichester scandal in the Church of England. Many of the comments made by the UN resonate with those made by the inquiry reports into Chichester by Baroness Butler-Sloss and by Bishop John Gladwin and Rupert Bursell QC.

It is clear that the only way that these institutions can be held to account is if there is a full independent public inquiry into child abuse within the Churches and their associated institutions with power to compel them to reveal records and give evidence under oath.

Despite years of campaigning the churches are still putting their image and reputation above the truth and the interests of survivors and their families.

Enough is enough - It's time for a Public Inquiry 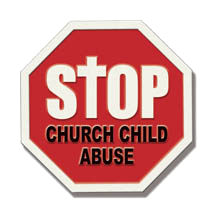 Posted by MACSAS Group at 04:52 No comments:

A group of survivors of men and women, many of whom were sexually abused by priests in childhood, have been told that their call for an inquiry into the extent of abuse in the church
of England and the Roman Catholic church will not be supported by the Church of England despite its earlier promise of support.

The Stop Church Child Abuse alliance which represents church abuse survivor groups was told at a meeting this week by the Bishop of Durham, Paul Butler, that the Church of England will not support the call for an inquiry as it is concentrating on working on banking reform and “other issues”


This news comes after Justin Welby had personally pledged that the church would support a call for an inquiry. The Church of England decision represents a complete U turn from the position it adopted at the general synod in July 2013 when the synod voted unanimously to apologise to victims of clergy abuse and to do everything necessary to help victims of abuse.

The chairman of the group, David Greenwood commented “We have heard hundreds of stories of abuse of power within the churches and the public need to understand the
extent of cover the cover ups. This information can only come out in a meaningful way through an independent public inquiry. The government, churches and other bodies responsible for caring for children will learn valuable lessons this type of inquiry.”

“We have set out the case for an inquiry clearly for the churches. There are deep problems with these church organisations. We were told in July by the Bishop of Durham,
Paul Butler, that Justin Welby was fully behind supporting our call for an inquiry.
The Church of England made great efforts in the press in July to say it was doing everything it could to change and to help abuse survivors. This decision not to support the inquiry feels like a betrayal. We feel now that the unanimous vote at the General synod in July to help
survivors was utterly meaningless.

We continue to pursue the call for an inquiry and urge the public to visit our campaign site” www.stopchurchchildabuse.co.uk
Posted by MACSAS Group at 09:28 No comments:

ShamefulTruth, the website documenting TV coverage of the Chichester abuse scandal has now had over 30,000 views. Apart from the 'InsideOut' documentary the most watched item is the story following the arrest of Bishop Peter Ball. The vast majority of I.P. addresses are registered to males aged between 35 and 54! Click here to view the site.
Posted by MACSAS Group at 11:42 2 comments:

Following the Jailing of 'Canon' Gordon Rideout for 10 years

one of his many survivors has spoken bravely out about the effect his actions had on her. It has been revealed that Rideout could have been brought to trial more than ten years ago. Despite the blame here being laid firmly with the Royal Military Police I think it is still very important to as what exactly did the Church know about Rideout's past.

I may have given the impression in my last message that the Church knew about all of Rideout's victims for a long time. It has been drawn to my attention that 9 of the survivors who gave evidence at the trial came forward as a result of reporting by the BBC over the past couple of years.

That having been said, it seems that in the cases of Roy Cotton, Colin Pritchard, Robert Coles and this case there was enough evidence to convict these men many years before they eventually faced justice. Victims have had to endure many more years of suffering and not being heard or believed than was necessary.

Posted by MACSAS Group at 09:00 No comments:

Welcome to the MACSAS Blog

To coincide with the launch of the newly redesigned MACSAS website www.macsas.org.uk we are also launching this new blog.
This will be used by members and associates to post their latest news, views and opinions. We welcome respectful comments and contributions - you can also contact us via or website.
Posted by MACSAS Group at 04:50 11 comments:

MACSAS Group
Minister and Clergy Sexual Assault Survivors (MACSAS) www.macsas.org.uk MACSAS is a support group for women and men from Christian backgrounds who have been sexually abused by Ministers or Clergy, as children or as adults. We support both survivors who have remained within their Christian communities and for those who have left. Our website offers many useful resources. We also offer a telephone and email helpline for victims and survivors of Minister and Clergy sexual abuse – and for relatives of victims and survivors. Due to lack of funds and resources we are currently offering a limited service on the helpline. Call the Helpline number for current availability. We are happy to help as far as we are able. MACSAS is run by Survivors for Survivors YOU ARE NOT ALONE